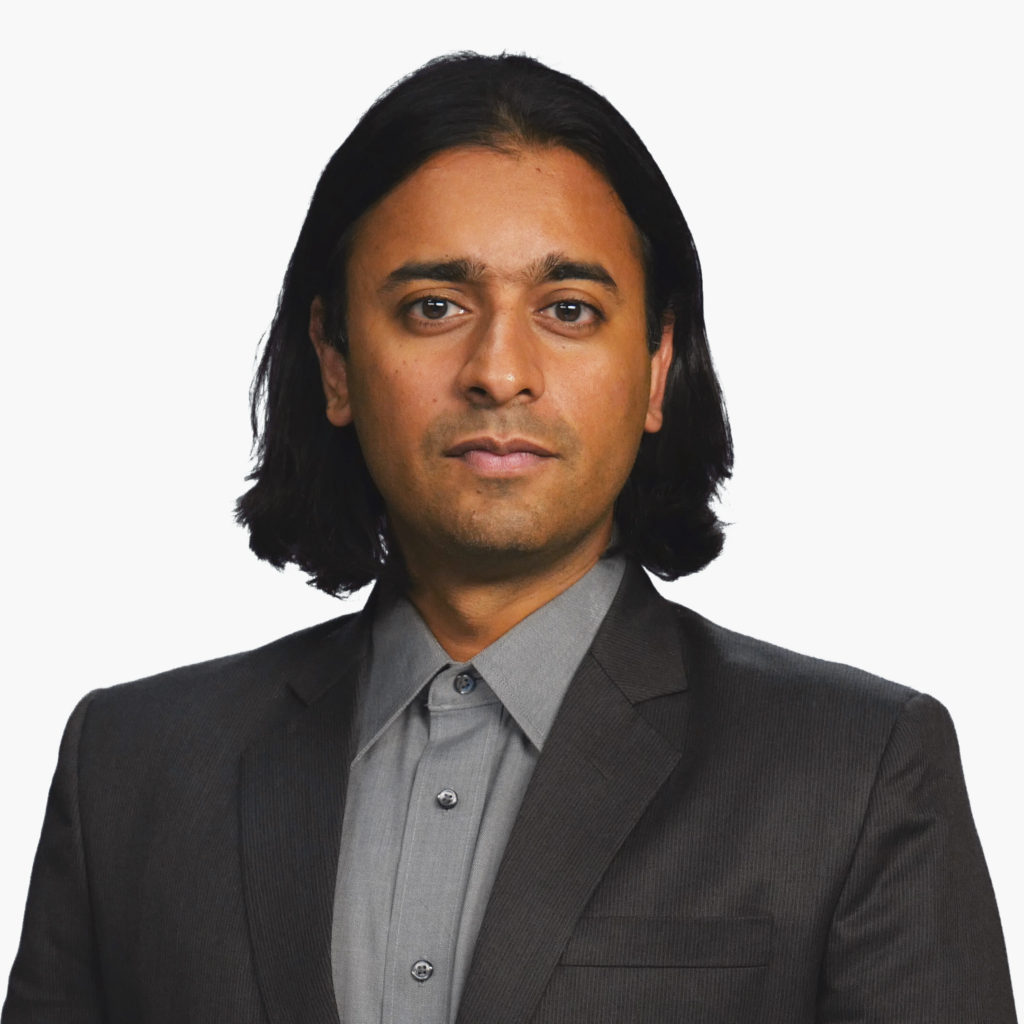 Ajay Kapur defines himself as a “Musical Scientist.” The “Scientist” in him organizes experiments on how computer programming, electrical engineering, and digital signal processing can be used in artistic practices. The “Musician” in him gathers all the current technology from his laboratory into modules that can be used in the concert hall, writing modern music while blending traditional techniques. A large body of his work is centered around how humans and machines can interact symbiotically to create new forms of artistic expression. More specifically, Ajay's research revolves around one question: “How do you make a computer improvise with a human?” Using the rules set forth by Indian Classical music, he has been driven to build new interfaces for musical expression by using microcomputing, sensor technology, and artificial intelligence, while designing and building programmable mechatronic musical instruments. He now leads a team of artists and engineers exploring the intersection of music, composition, storytelling, science, and technology in the KarmetiK Machine Orchestra. 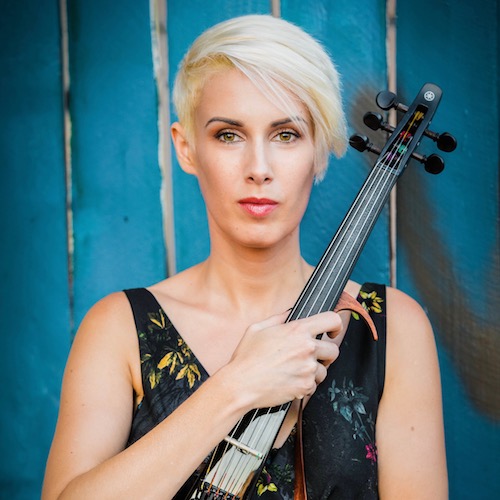 Madeline Falcone is a producer and violinist dedicated to the performance of contemporary music and to the support of innovative artistic events. As a producer, Madeline has been part of the CalArts Expo team since 2014, and has produced creative events and festivals for the Ojai Music Festival, The Broad Museum, the Greater New Orleans Youth Orchestras, and REDCAT. As a performer, Madeline co-directs the Los Angeles-based Isaura String Quartet, and has performed and recorded with artists including The Eagles, Trans-Siberian Orchestra, The Temptations, All-American Rejects, Angel Olsen, Jóhann Jóhannsson, and Deltron 3030. Madeline holds a MFA from CalArts in Violin Performance. 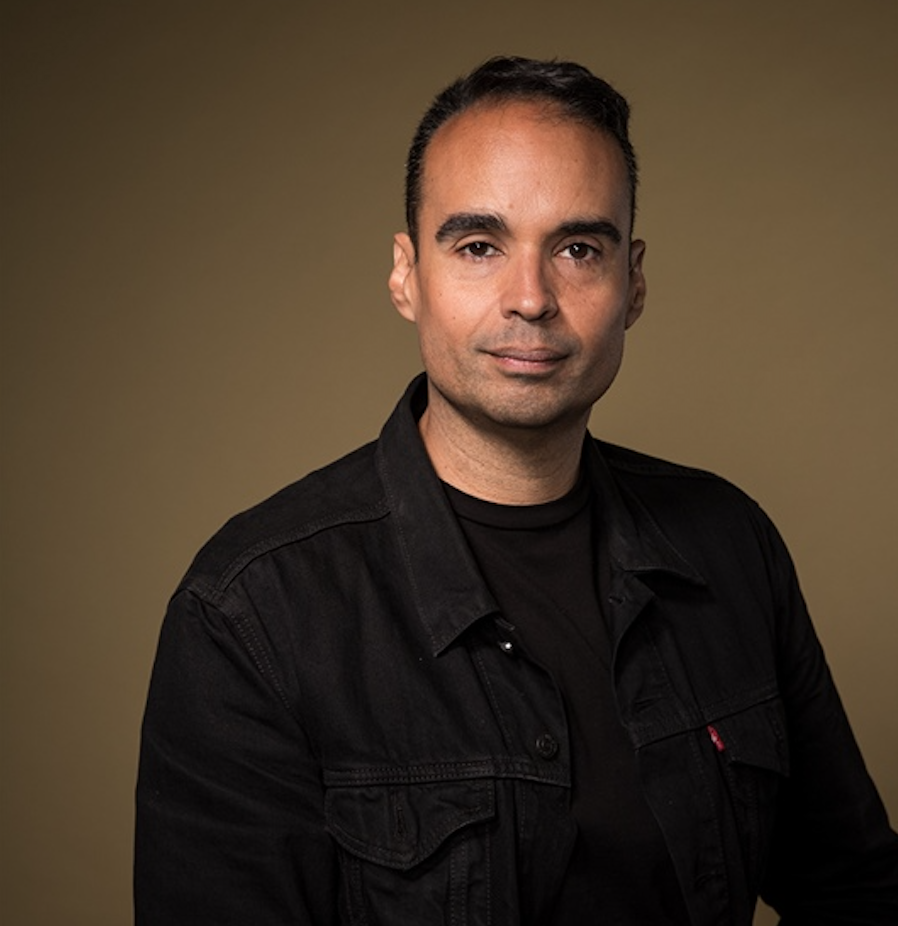 John Tejada is a Vienna born, Los Angeles raised electronic composer. Tejada’s output of music began in 1994 and has never let up, including 4 albums for Kompakt, plus releases on Pokerflat, Cocoon, Plug Research, Seventh City, Playhouse, Defected, and his own label of 22 years Palette Recordings. Tejada’s also been responsible for remixing dozens of acts including The Postal Service, Télépopmusic, The Field, Bomb The Bass, Way Out West, Kevin Saunderson, Derren Emerson, Gui Boratto, Simian Mobile Disco. Tejada’s latest venture as Wajatta (with international star Reggie Watts) is quickly gaining critical acclaim with their debut album being released May 11th. 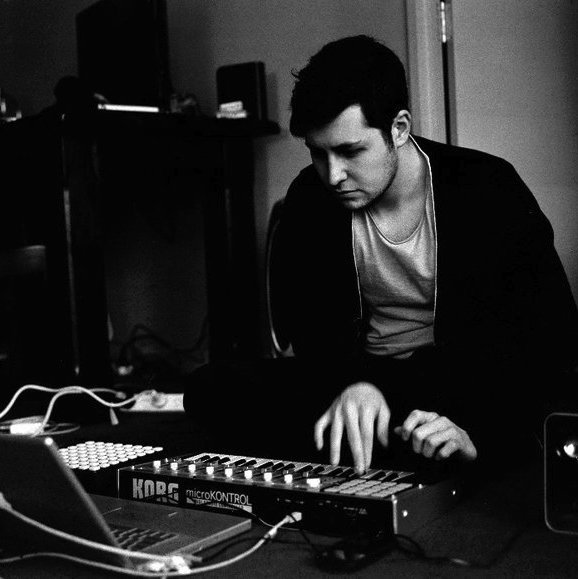 Jordan Natan Hochenbaum is Chief Creative Officer and Vice President of Engineering at Kadenze, a company he co-founded that is redefining online learning for the arts and creative technology. He also serves as faculty in the Music Technology and Digital Media programs at California Institute of the Arts, where he teaches creative coding, engineering, computational & generative graphics, music production, and performance. His work involves leveraging machine learning in the arts, designing novel interfaces for musical performance, multimodal sensor systems, and playing and composing in a wide range of musical genres. Since 2012 he has released over 18 records on renowned electronic music labels, and regularly performs and DJs internationally. As co-founder of FlipMu, Jordan has explored large-scale interactive environments (such as the recent 4-story multitouch cube for RedBull and Vita Motus), real-time data sonification, generative audio-visual systems, and musical interface design with open source aesthetics. Co-founding the Noise Index, he has exhibited installations and public artworks that question our relationships with technology, in New York, London, Paris, and Los Angeles. 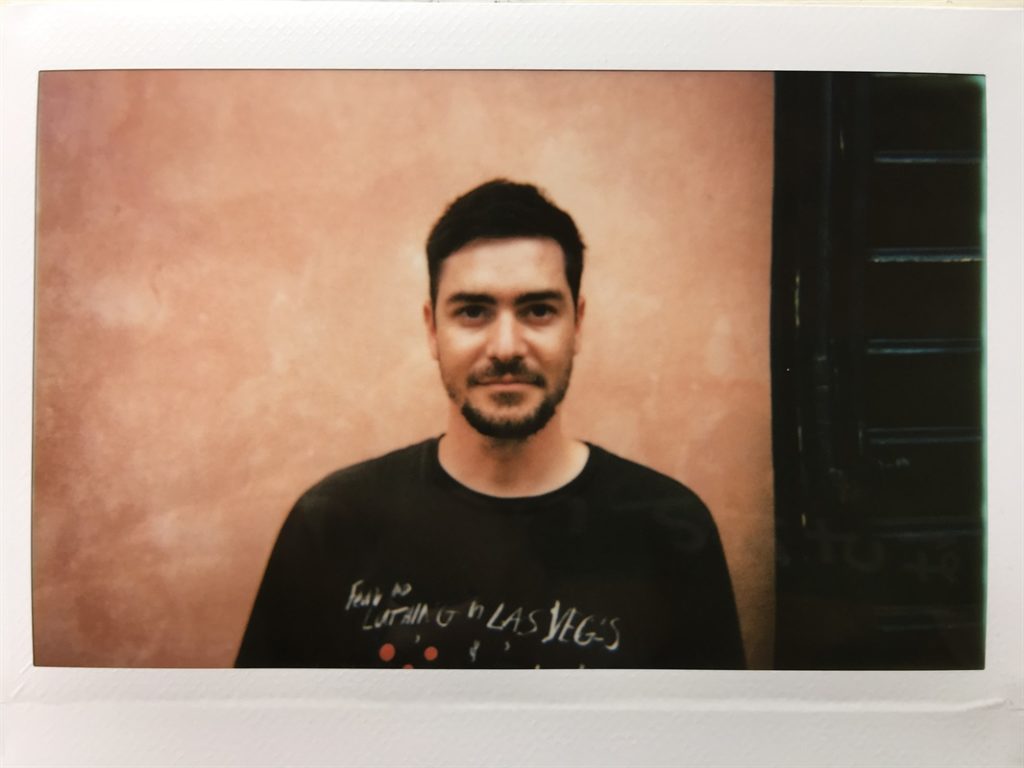 Mike Leisz is a Los Angeles based visual artist who's work revolves around the perceptual systems of computing technology. His work has been exhibited internationally at Tate Modern Britain, Ars Electronica, and the Artec Adressaparken research park in Trondheim, Norway. 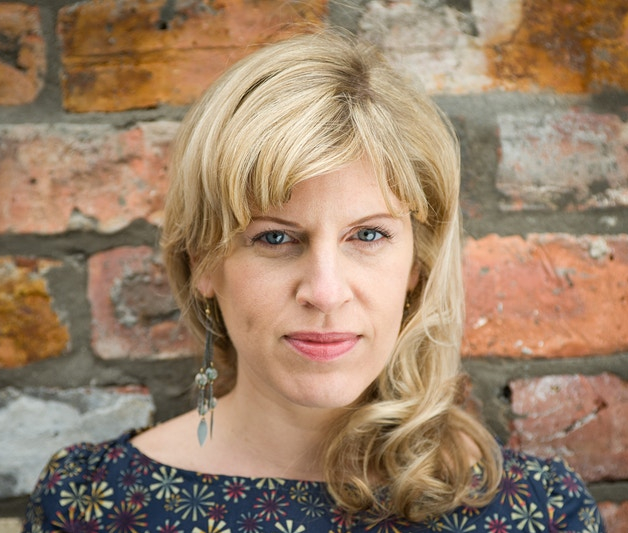 Emily Evans is a sound engineer, music producer, recording studio director and musician. In 2006, she founded The Green Door Studio, a community-access analog/digital recording studio in Glasgow, Scotland, which has been named Recording Studio of the Year (Scottish New Music Awards, 2010), is consistently ranked among the Top 100 Cultural Contributors in Scotland, was called “the beating heart of the Glasgow music scene,” by Resident Advisor and has been featured in documentaries for NTS Radio and the BBC. She has recorded and mixed over 100 albums and EP’s, 3 named in the top 10 for Scottish Album of the Year and 7 featured in Album of the Year lists in The Wire magazine, The Vinyl Factory and The Quietus. Her clients range from the bittersweet pop of Belle and Sebastian (Matador Records), to the global electronic beat music of Golden Teacher (Rough Trade/ SoulJazz / Optimo Music), the noir rockabilly of The Amazing Snakeheads (Domino Records), the inventive folk of Alasdair Roberts (Drag City), the feminist dub duo LAPS (DFA Records), the Ghanaian Borborbor of Tafi Cultural Group, and the queer industrial disco of Total Leatherette (Milk Records). 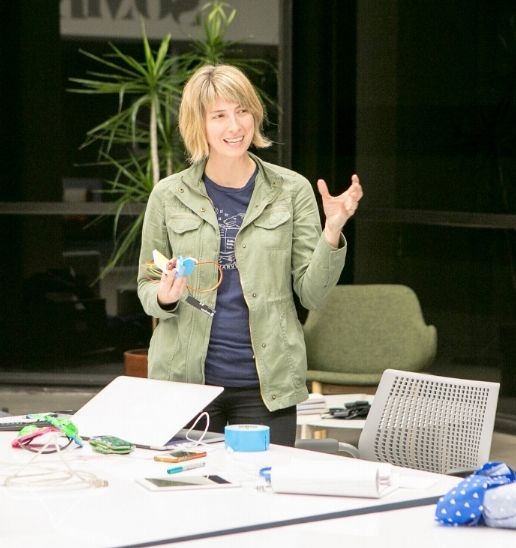 Christine Meinders is an emerging technologies designer who uses collaborative design approaches to create AI design tools and develop community-driven, social AI projects, from a cultural perspective. Her practice focuses on:
UX of AI/ML
Participatory Design
Speculative and Critical Design
She is founder of the community AI research and design group, Feminist.AI, which utilizes participatory approaches to co-create AI projects. The general focus of her research is the design and user experience of Artificial Intelligence, with a focus on culture. In addition to design research, a varied experience in hands-on prototyping and workshops also shapes her approach to design inquiries. She holds an MFA in Media Design Practices from ArtCenter College of Design and an MA in Clinical Psychology from Pepperdine University. 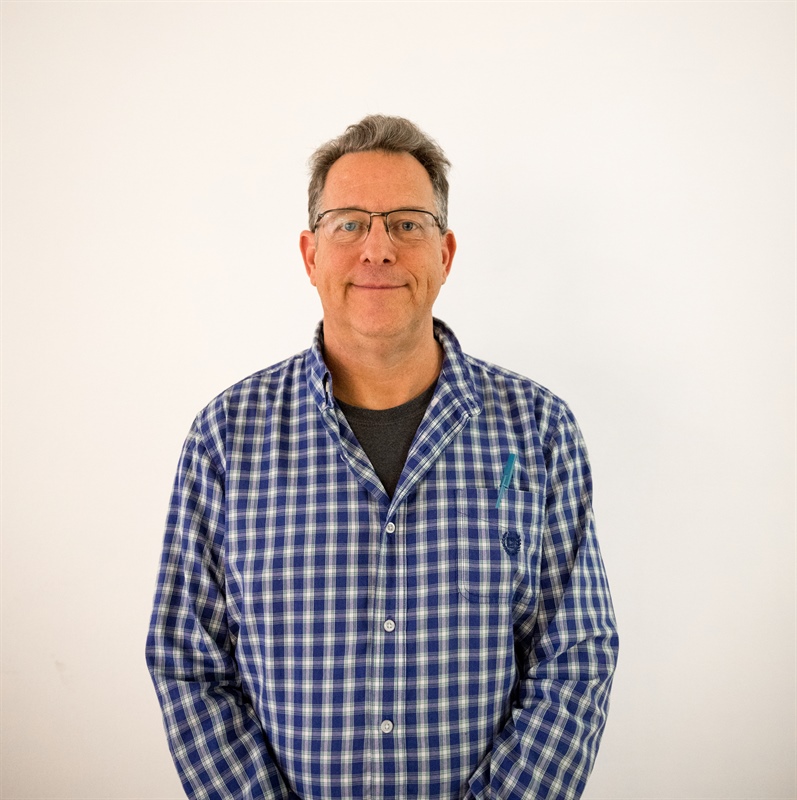 Bob Clendenen was born in 1961 in Atlanta, GA. He received his B.M. Cum Laude from the Cincinnati Conservatory of Music, and an MFA in Music Composition from the California Institute of the Arts. Bob has worked with a wide variety of artists from grammy award winning jazz bassist Charlie Haden to singer/songwriter Stew. Bob has also opened for artists as diverse as Frank Black of the Pixies to the de-funked east coast jam band The Ominous Seapods. His major composition instructors included Brian Fernneyhough, John Harbison, Jonathan D. Kramer, Paul Lansky, Stephen L. Mosko, Allen Sapp, and Morton Subotnick. As a composer he has won numerous grants and awards, among them a Young Composers Award from A.S.C.A.P. He was a featured composer in the Visiting Composers Series 1989/90 at the Cincinnati Conservatory of Music, and has given lectures on his music at both the Cincinnati Conservatory of Music and California Institute of the Arts. Bob was a co-founding member of the L.A. based band FOOD (1996-2001) playing trpt., synth., gtr., vocals, and occasional percussion. Bob has also led his own projects under various titles. His commissions include the Pittsburgh New Music Ensemble, California E.A.R. Unit, Percussion Group Cincinnati, CalArts New Millennium Players, and various solo artists. Bob has had numerous performances of his compositions in the U.S.A., and FM radio broadcasts throughout the United States. As a producer he has managed more than 3,000 concerts in California and one at the Kennedy Center for the Performing Arts in Washington, D.C. Bob is on the faculty and staff at California Institute of the Arts. 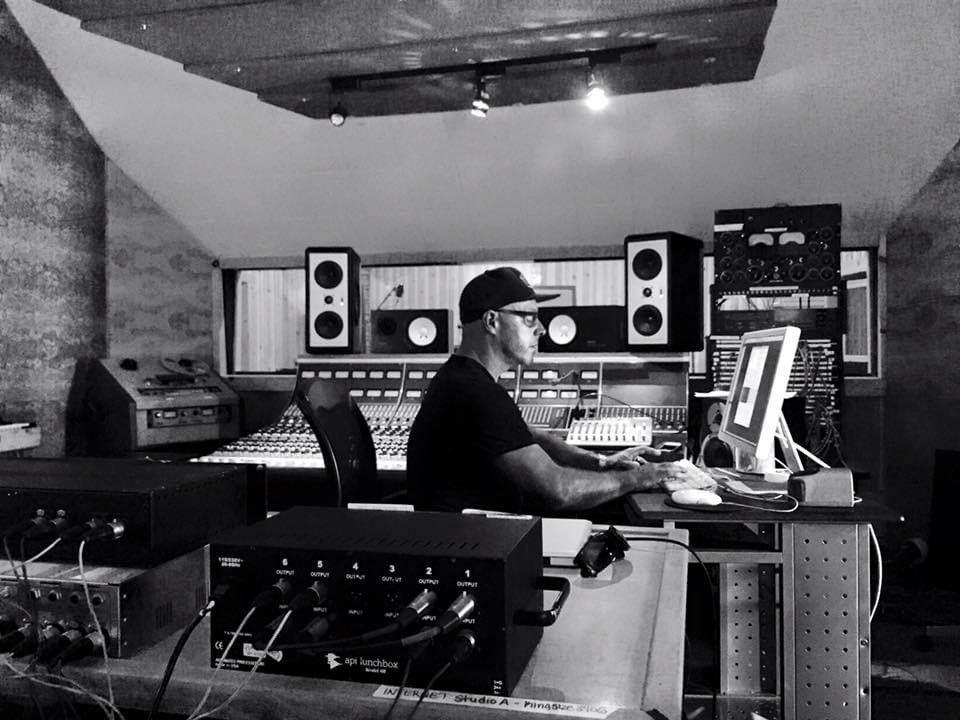 John Baffa has been in the professional audio business for more than 25 years; primarily as a recording engineer. John has held positions on both the faculty and staff at the Herb Alpert School of Music at California Institute of the Arts since 2000. John is currently the Technical Director Performance Production as well as faculty within the Music Technology:  Interaction, Intelligence and Design (MTIID) Specialization department. He founded TV Tray Recording Studio in 2003, working from the top of a TV tray as he learned the ins and outs of recording. From those humble beginnings, the studio grew and developed over the years, building an impressive list of clients and projects spanning a huge range of genres.Simultaneously continuing to mix live sound, he honed his chops in such places as the Alex Theater in Glendale and West Hollywood’s legendary Troubadour, as well as in venues all over the world, including the Sydney Opera House. In 2014, John was recognized with his first Grammy award for his work recording and mixing Partch on Plectra and Percussion Dances. Over his career, John has worked with a diverse set of performers, mixing such artists as Lou Reed’s Metal Machine Trio, Johnny Cash, Mike Patton, Henry Rollins, The Melvins, Pulley, Ten Foot Pole, Vinny Golia, Ullrich Krieger, Vicki Ray, David Rosenboom, Big Bad Voodoo Daddy, The Vonettes, Plotz, Dr Mint, Banyon, the Los Angeles Percussion Quartet, Anne Hall, Towse, and Ackland. 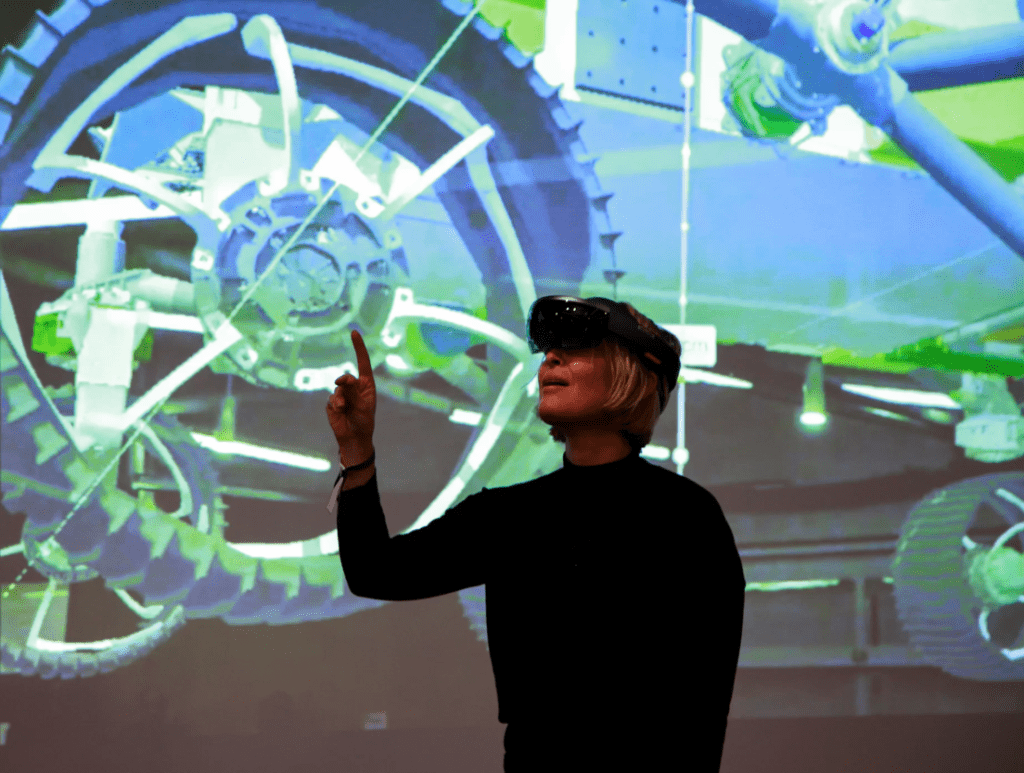 Off-lab Marijke is a creative technologist who explores ways to use emerging technologies technologies and science to builds non-traditional electronic instruments and software. She holds a MS from NYU’s School of Engineering, and a BFA from the San Francisco Art Institute. 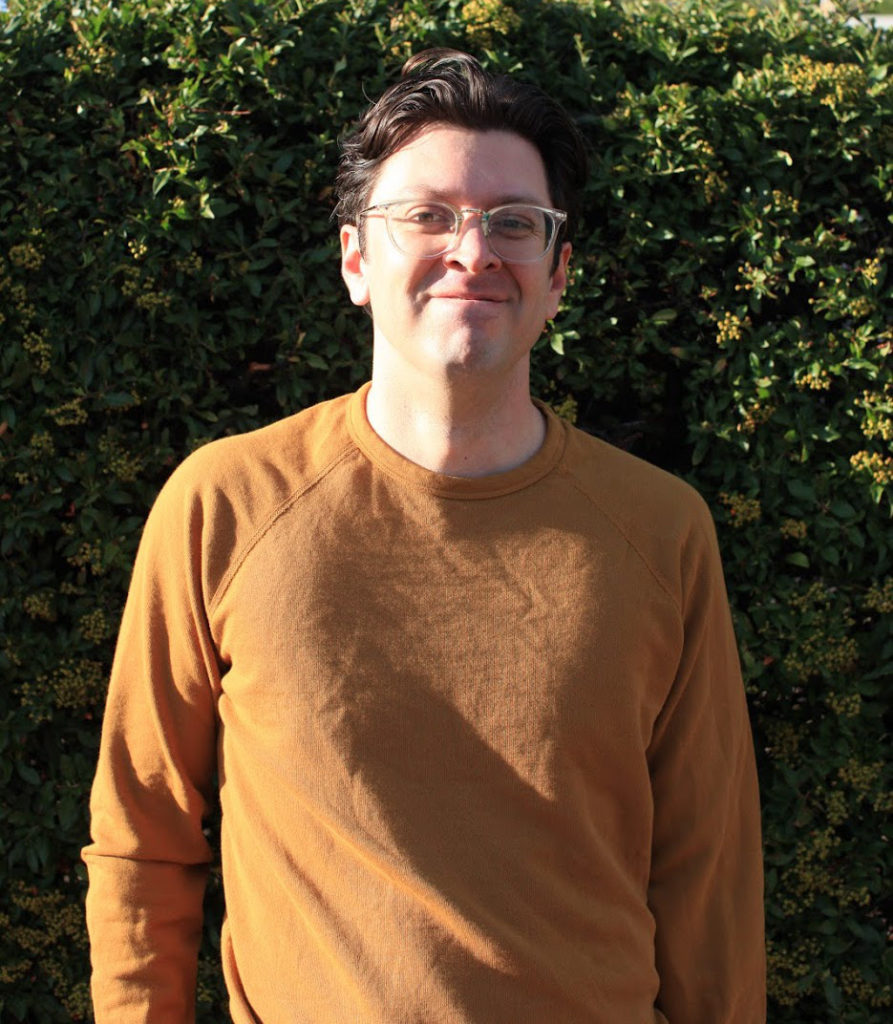 Eric Heep is a performer and composer in Santa Fe, NM. His work generally includes incorporating existing technology in novel ways, coding, and experimental and procedural sound. In his work, he strives to expose the processes and form of natural phenomena. He has had his work performed for or at The Dog Star Festival, the wulf., The Geffen Contemporary, CCRMA, The Readers Chorus, and more. He received his BFA (2014) and MFA (2016) in Music Technology at California Institute of the Arts.